With the “Internationalization Calls”, the Tuscany Region’s intention was to facilitate the implementation of investment projects aimed at the internationalization of micro, small and medium-sized enterprises (MPMI) in non-EU markets by granting capital grants of up to 50%.

The project presented by DITECFER S.c.ar.l. on the 2015 Internationalization Call for Projects for a group of its Members came 5th in the ranking.
The final investment program carried out in the period October 2015-March 2017 benefits from approximately € 43,000 of regional contribution from ROP ERDF 2014-2020, against a total investment of approximately € 86,000.

The activities carried out and co-financed by the Call concerned:

TURKEY
– B2B at the Eurasia Rail 2016 Fair (Istanbul, 3-4 March 2016) as part of the fair participation with the Pistoia Chamber of Commerce
– Incoming of a Delegation of 25 representatives of the Turkish Railways and of the main public and private railway industries of Turkey (Pistoia, 21-25 November 2016).

The “Think Rail Buy Tuscany” project achieved the strategic-operational objective of enabling a significant number of SMEs from the Tuscan railway supply chain to carry out scouting in markets that they would not have been able to do alone, and to do so with reduced investments thanks to regional co-financing and to the supply chain effect.
The action also allowed companies to compete concretely with foreign markets in terms of offering solutions and innovations but also in terms of internal capacity to manage international activities.

At a broader strategic level, the Call also allowed to continue to consolidate the international positioning of the brand “Made in Tuscany Rail Industry”, launched by Toscana Promozione starting from 2012 (InnoTrans fairs 2012 and 2014, Eurasia Rail 2015 fair), and now carried on by DITECFER S.c.ar.l. both on behalf of its Shareholders and of the Regional Railway Technology District it has been managing since the beginning.

The Call also allowed DITECFER S.c.ar.l. to gain strategic and operational experience in the field of internationalization of SMEs; this experience was profitably put to good use with the COSME European Call for Applications “Cluster Go International” 2016, in which DITECFER won the “PERES-Promoting European Rail Excellence outSide EU” project as Coordinator. 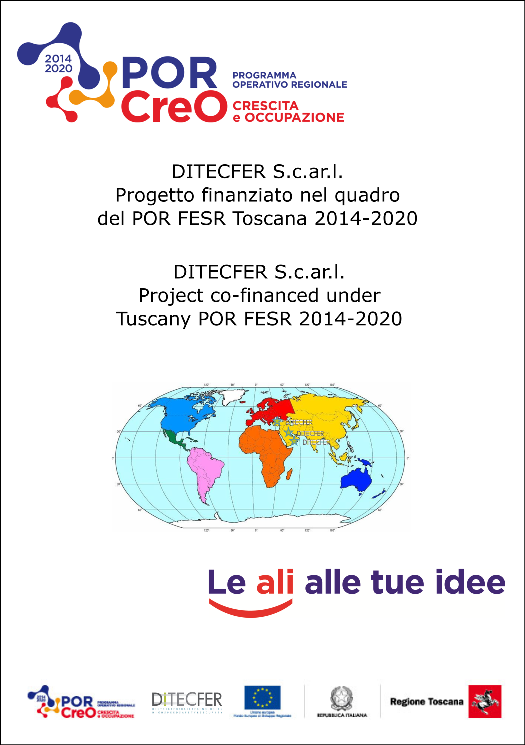 E-CORRIDOR aims to develop and demonstrate a platform for sharing of cyber-critical information...

The main objective of the RailActivation project is the development of an organizational-pilot mechanism at...

EXXTRA - "EXcellence EXchange and Teaming-up between RAilway clusters and ecosystems" - aims both to profes...